Where are you ? by Metek & Zreen Toyz 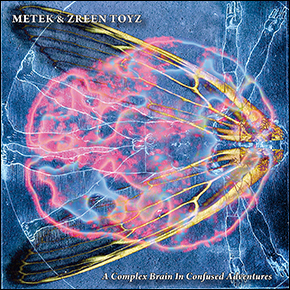 Coming from different musical universes, Zreen Toyz (France) and Metek (Sweden) share the same passion for disintegration and collages of sounds.
Constructed by stratification in exchanging files via internet, the resultant album shows a coherence in sounds and structures.
Two artists, two different brains, but a successful common work !

Where are you ? by Metek & Zreen Toyz is licensed under a Creative Commons Attribution-NonCommercial-NoDerivatives 4.0 License.