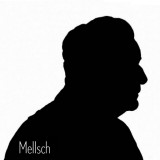 Summer had passed when poet Ruud Linssen and three musicians came together to see what they could do. In winter the quartet released their first album of music and poetry under the flag of Mellsch.

These recordings were made at guitarist Marcel Jansen's retreat, an ancient farmhouse in the windswept marshlands of Waldfeucht on the German-Dutch border. There the work of Mellsch emerged over a long autumn weekend. Centuries-old shingles on the farmhouse roof rattled as Jansen, Linssen, Bego (keyboards), and Tobias Beuving (soundscapes) challenged and inspired each other to make something new. Now for the first time, the music and poetry of Mellsch is available for listening in any season.

Vandaag by Mellsch is licensed under a Attribution-NonCommercial-ShareAlike 3.0 International License.