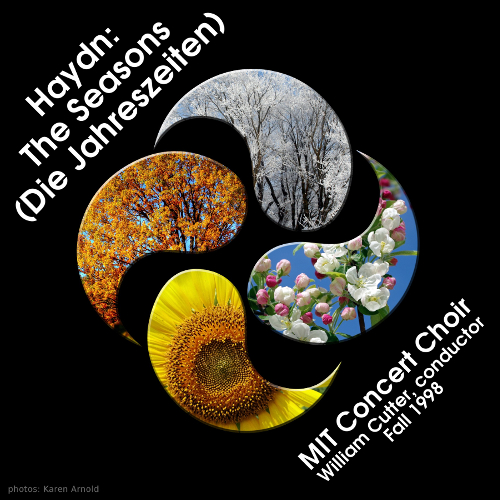 The MIT Symphony Orchestra supports the MIT Concert Choir in this performance of Franz Joseph Haydn's Die Jahreszeiten (The Seasons).  The choir is conducted by William Cutter.

In failing health near the end of his musical career, Haydn composed this work over two years while struggling with a libretto prepared by Austrian nobleman Baron Gottfried van Swieten, who also penned the libretto for Haydn's popular The Creation.  The text is based on the poem "The Seasons" by English poet James Thomson.  The final work premiered in 1801.

Naxos offers a German text (PDF) of the libretto. Nina Anne Greeley has written an explanation of Haydn's The Seasons with some historical background and technical notes.

This recording is licensed under a Creative Commons Attribution-Noncommercial 3.0 United States License.