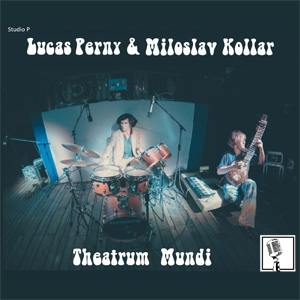 The Theatrum Mundi album is very rich and diverse. It contains an indian sitar, drum and bass, medieval mandolin music, kraut-rock anti-war composition, sitar-funk, fusion of medieval, oriental and bigbeat music, some folk-rock songs  and also the antic themes. The duo didn't give up their eclecticism and multigenre orientation and moved even more towards the terra incognita.

On this album they also recorded music they play typically on the concert performances, but this time in the electronic fashion.