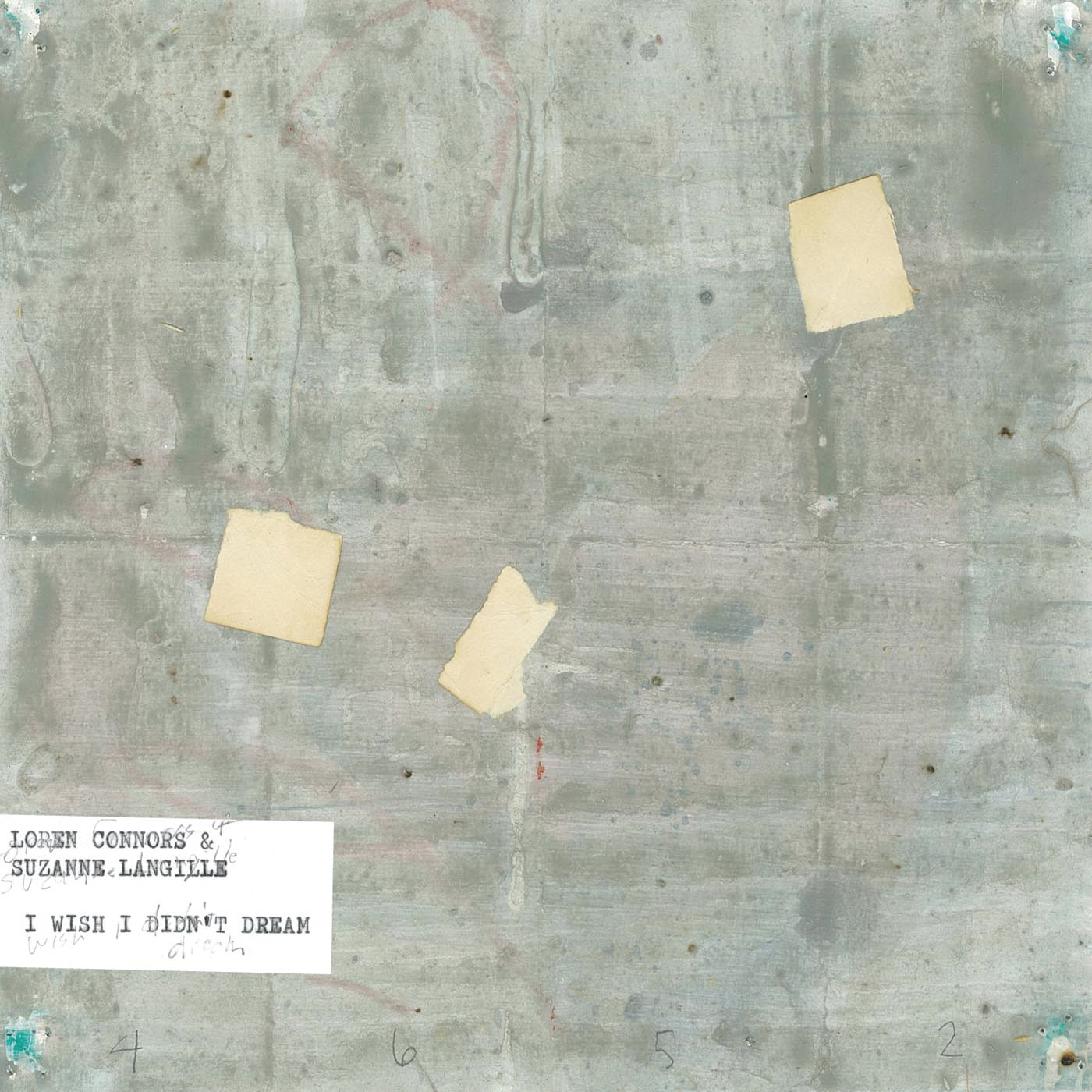 I Wish I Didn’t Dream, the new album of duets by guitarist Loren Connors and vocalist Suzanne Langille, was cut in just a few hours of studio time. But the pieces started falling into place 15 years earlier on the 10th floor of a nondescript building in the Chelsea section of Manhattan.

It was there, at the old location of the Brecht Forum, that Connors got to know writer and WFMU DJ Kurt Gottschalk, who was curating a concert series there. On occasion Tom Abbs (now President of Northern Spy Records) would co-program weekend festivals there, sometimes bringing in MP Landis to do live painting during the performances.

Flash forward to the present. Gottschalk was selecting paintings and writing text for a book of Landis’ paintings and the two begin imagining a soundtrack for the book. The obvious choice would be Connors, a painter himself, and Langille, an admirer of Landis’ work. The more they talked about it, the more plausible it seemed. Gottschalk had already produced a Northern Spy release with Connors and Langille (Haunted House, Blue Ghost Blues, NS012, with Andrew Burnes and Neel Murgai) which featured one of Landis’ paintings on the cover.

Within a few months a session had been booked in the same studio where Blue Ghost Blues was recorded. The process was simple. Slides from Landis’ WD series of paintings were shown on a screen and Connors and Langille responded. There was no advance preparation other than a folder of verses (her own as well as Keats, Denis McCarthy and some nearly lost to history) Langille brought to the session.

The resulting album, their first duo record in 14 years, is as vulnerable as it is beautiful. Langille sings as if she’s speaking cautiously, Connors’ guitar barely whispers, but at any turn either might erupt in screams. Do they not want to yearn for more, or do they fear their nightmares? Their dreams are a haunting mystery.