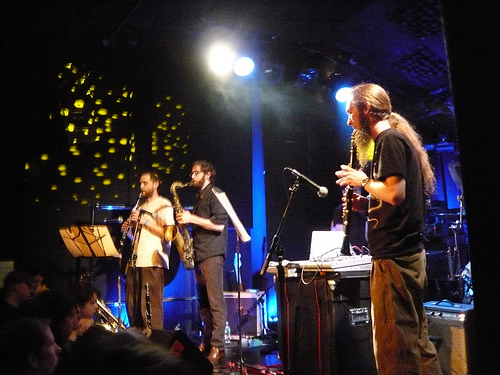 Kayo Dot uses keyboards and clarinets, clean guitars and violins to craft an epic yet pastoral take on prog metal. The ever-transforming band is the eclectic brainchild of Toby Driver, formerly from Boston but now making his home in Brooklyn. Now the band is spread from Massachusetts to upstate New York, but were able to stop by the station's studios during a recent tour.