Lighten Up by Kathleen Martin 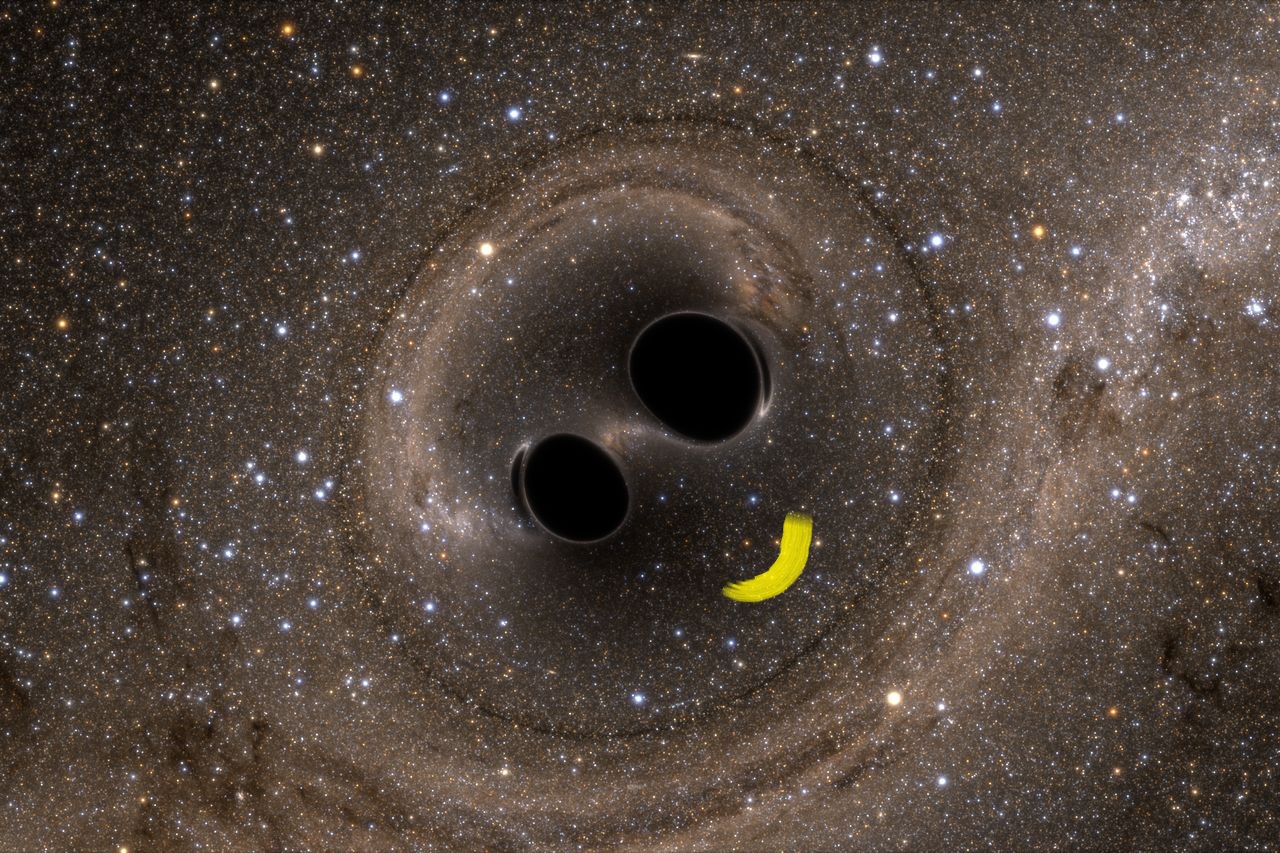 July 1, 2016: (Strap on headphones to fully plug into the Kat 3:30 ride here! :) Amused by this LIGO post [apod.nasa.gov/apod/ap160615.html] and by my husband's recent dream of us up in a spaceship, I was inspired to create this song of merging black hole G-waves, G-forces and thrust. It isn't rocket science, but it has everything to do with physical science and a sound map where G marks the spot. It's rather 11th hour slapdash in order to release it Friday as a surprise (Happy Birthday, Baby! ♥). Hopefully the multilayered fugue that builds makes it interesting, if a somewhat bumpy ride, through to its G-whiz ending.

When I first heard that G-wave .wav at APOD, I hoped I might one day compose a piece around it like I did with Comet 67p's "music" in "Transistor Sister." I felt I'd never manage a new song this July 1st (a perennial item on JT's gift list), but it began to coalesce a recent morning after he described his dream of us escaping gravity and taking a rocket ride together. Given the series of unspeakable horrors and political insanity here on Terra firma, we all must escape the gravity of our planet sometimes if only in dreams, the imagination and some cosmic physical science. Occasionally we all just need to Lighten Up, ease our heavy heads and even heavier hearts to feel weightless and suspended for a moment in time.

As JT knows I'm generally not a fan of repetitive sounds or lyrics, but he is, and this one's for him. (It also bears repeating that repetition can sometimes rub me the right way and hit the spot. ;) I had a few grandiose ideas (as I do for most productions, limited by equipment and ability), such as incremental key modulations and accelerations after each plateau point, but time was my greatest limiter in this case. Beyond the LIGO "burp" that opens it and is pasted throughout the piece, everything else is all me plus my little synth keyboard. No looping. To quote Whitman here: "I sing the body electric," and "I contain multitudes."

Wishing a safe and super July 4th to those here who celebrate the date! You might check the 2:45 mark for my special nod to the holiday.  {{{☼}}} world hug

Lighten Up by Kathleen Martin is licensed under a Attribution-Noncommercial-Share Alike 3.0 United States License.
For more permissions:
contact artist