You came this way: Home > Jeremy Bible > The Journey of Enoch > Left With Only Fragments


Left With Only Fragments by Jeremy Bible 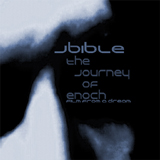 2001 a handful (19 maybe) of the first physical copies on paint splattered CDr and computer floppy disc outer sleeves given to friends. Over the years a few were made in micro batches at a time in a variety of diy packaging given to friends and at the occasional show.

2004 as a free mp3/flac release on the experimedia net label via internet archive. A few live performances mixing and processing the original source recordings took place in Cleveland, Akron and Canton, Ohio.

2011 the album was reissued on cassette by Rubber City Noise - slightly remastered and reordered - http://rubbercitynoise.bandcamp.com/album/the-journey-of-enoch

"jbible's the Journey of Enoch is the essence of dark ambient. its your dreams in sonic form. its your thoughts objectively manifested. Its your reminder that you are alive, while tricking you into thinking you are dead at the same time. Its a monster crawling from underneath the soil and into the shadows as natural as a breeze and incognito as a microscopic parasite feeding on your dead skin. The Journey of Enoch is unexplainable. It leaves the listener speechless during, and after the intake of the album. The only way to do it justice is to take a week off from all responsibility and let this masterpiece wash over you for days on end. Highly recommended to anyone who wants to gain a higher understanding of what your brain does without you." - Brian Grainger / Milieu

"The Journey of Enoch is ambient apocrypha—dark, dirty synthesizer soundscapes built from eerie, expansive timbres and drones read from an ancient tome written in fractured oscillations and noise generator syllables. Created between 1998 and 2000 w/ a range of hardware synthesizers and effects, Enoch was first released in 2004 as incredibly limited CDr and netlabel release that went on to over 22,000 downloads and became an internet cult classic. Far from youthful synthesizer experiments, Enoch is a haunting account of the world-generative abilities of synthesis and soundscape storytelling loosely based around hidden books and warring angels. A newly remastered reissue, the RCN version of Enoch features a new track listing and original art designed by Jeremy. An edition of 50, full-length c78 pro-dubbed and imprinted on solid blue cassette w/ handmade vellum j-cards." Curt Brown for Rubber City Noise 2011

"Jeremy Bible is one of the kings of freaky indie audio. Dude is the sole proprietor of the Experimedia online label and distro, which has been pumping out the non-hits since the turn of the millennium. The site has since become a mainstay for the sonically adventurous who are looking to pick up the latest wares via their web browsers. The imprint itself is equally crucial. Some of the earliest releases on the Experimedia label involved the participation of Bible himself. “The Journey of Enoch,” in all its dark ambient glory, is one of those budding artifacts that helped put the imprint out there for all the world to worship. Originally issued in 2004 in an ultra-limited CD-R edition (also available digitally), this drone masterpiece has recently been given the reissue treatment – this time on cassette – by the folks over at Rubber City Noise. Composed entirely with synthesizers, the textures and timbres exposed by this release are incredibly chilling. This is deep, deep sonic material – murky, subterranean tones for eyeless organisms. His softer side getting the better of him, Bible strays away from producing music that is outright terrifying, choosing instead to slot himself into the cozy nook between dream and nightmare. Given today’s crazed synthesizer hordes, “The Journey of Enoch” was an incredibly prescient album upon its original release date – that it has remained relevant is proof of its greatness." - Bryon Hayes for FoxyDigitalis.com 2012

"Enoch is a long solo synth piece with a dark outlook and sonics that possess a timeless heft. The movements have some of the textures associated with the Kosmische tradition, but they never rely on crackpot melodicism. Without getting harsh, this music rubs many things in various 'wrong' ways." - Byron Coley, The Wire 2012

"The proliferation of tape labels has given birth to an equally rampant and much appreciated phenomenon: the lost reissue. Of course, how do we know something is lost to us when we never had it in the first place? Needless to say, Jeremy Bible’s The Journey of Enoch was most definitely lost, drowned in limited availability and a response to the blowhards that dominated radio, television, and print for the last few years of the 20th century. Recorded between 1998-2000 and first released as a CD-R in 2004, Bible’s baby is given a proper Easter celebration — the dark, piercing synth reverberating from the hollow earth from where Enoch was buried, as Bible busts through the dirt and ascends the physical plane, only to find a world seeking salvation at the hands of the synthesizer. Of course, the persistent hums key a chorus of angels, singing in a language that needs not to be fully recognized to be understood. Bible’s cult classic now finds itself on tape, a place its manifesto was meant to be guarded all those years ago. With a new track lineup and art, Bible’s cherished Enoch is given the dressings of a king without tarnishing its halo. But come the end of Enoch, you may begin to discover that Bible has not produced the new savior, but has in fact given rise to the horn-tailed devil, as the album pokes you with its sharp pitchfork, the angelic chorus turning to fiery cackles." - Jspicer for TinyMixTapes.con Cerberus 26 2011

"Contrary to the melodic, sequence-fed nostalgia shared by many, Bible's electronics function as a purely tonal entity, stark and lustrous. The album's most compelling facet is in the absence of connotation in Bible's textures, for they elicit neither sublimity nor disquietude. These are ululations of pure emptiness, a locale parsed well enough to consume its observers." - Olive Music 2011

"Even if you’re the most casual fan of the music I write about on this blog, you have probably come into contact with Jeremy Bible a few times through the one-stop mecca-like internet-distro Experimedia, which he owns and operates. Bible is also a notable figure, however, due to his consistently breathtaking ambient and modern-classical records, released sporadically throughout the years on various labels. This particular tape, 2004?s The Journey of Enoch, happens to be a re-release of one of the most influential synth-based drone releases of the last 10 years and a totally killer set that’s been out of print entirely too long. Dark, chilling, and utterly essential." - Zen Effects 2011

Left With Only Fragments by Jeremy Bible is licensed under a Attribution-NonCommercial-ShareAlike 3.0 International License.