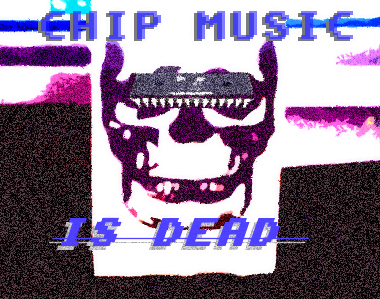 August 31, 2007, Ignatz posted a manifesto called “Chip music is Dead” on the LSDj mailing list. The message and the intense discussions following it can be observed here. After a while, someone got the idea to make a compilation with just that theme, “chip music is dead”.

Compiled by Ignatz and released on his own netlabel, Gainlad. It contains tracks from several of the oldies from the LSDj wave of chip music. In fact the album appears to be dominated by Gameboy music made with LSDj. Most of the tracks that are not made with LSDj seems to be made either with another chip, or pigggytracker.

04. I tried to write some cutesy platformer kiddy nintendo shit (02:55)

I tried to write some cutesy platformer kiddy nintendo shit by Jellica is licensed under a Attribution-NonCommercial-NoDerivatives (aka Music Sharing) 3.0 International License.