You came this way: Home > suRRism-Phonoethics > Jamison Williams > Helen Mirren [prologue] > follow my instinct about directors, and I was righ…


follow my instinct about directors, and I was right about Roland by Jamison Williams 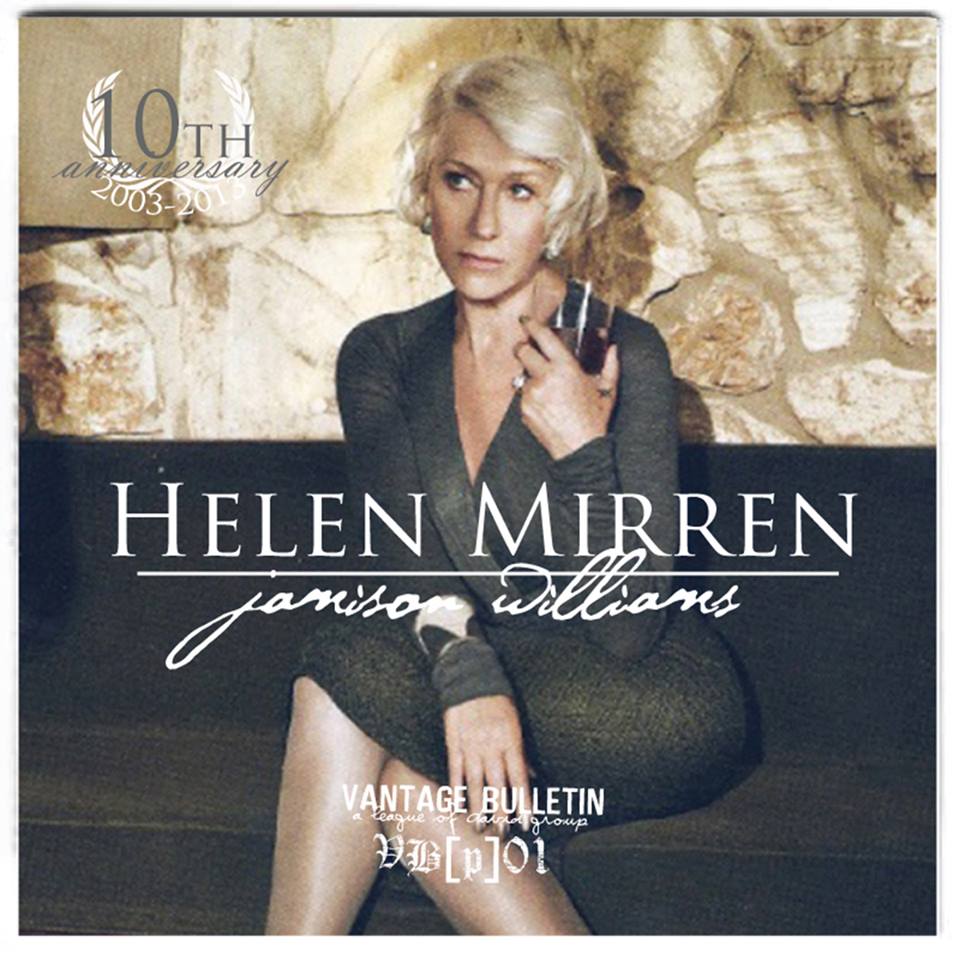 “This album was originally released by Vantage Bulletin through the [PROLOGUE] series, the precursor to the eventual ACT (I, II) series;
this particular album was the debut release (2004) of my solo saxophone recordings, and under this particular condition,
I was completely shit faced from a Bill Henderson donated bottle of homemade 150 proof scorcher.
All recorded in one sitting, no edits, no added effects.
This cover commemorates the 10 year anniversary of the release of this monumental album of Vantage Bulletin publishing,
a start of an amazing development in saxophone techniques.”

“melanche & olives trusted performers hide deep inside
hollow hurts béton, spoils laquer as he nails their teeth to thighs
she loves she smiles I cry why must I he thinks about herself
but else the lightening is anthological mentionable notice of white leather pockets patched as signs displaying force to their knees of fortune
in a state of beyond he would travel by pleasures of wheels trending purses being slaughtered as symbols
when again did the time rise as he fell perhaps the tide was ready to come
wall wall fly call by read as 30’s_bpm to find the 50’s coin hearted flavor on duty to finally meet as the commerce drooled name etc.” -Jaan Patterson

» VIEW ALL“follow my instinct about directors, and I was right about Roland” Fans

follow my instinct about directors, and I was right about Roland by Jamison Williams is licensed under a Attribution-NonCommercial-ShareAlike 3.0 International License.