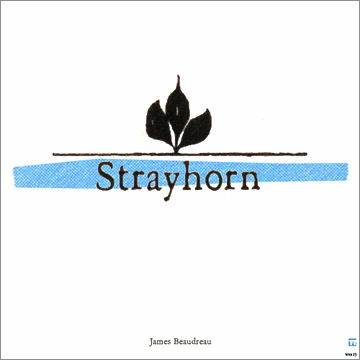 When I recorded "Strayhorn", in the fall of 2006, I was in the middle of a good practice run. For all of that summer preceding I would warm up a little, set a timer, and improvise for a half hour without distraction every day before work, as if I were playing a set. Sometimes I would record the session. "Strayhorn" came from one of those mornings.

I called it "Strayhorn" because it reminded me of some clarinet figures on Duke Ellington's Far East Suite album -- I think it was "Bluebird of Delhi (Mynah)". I can't recall what led me to believe the clarinets were Strayhorn's rather than Ellington's invention, but the name just popped into my head.

The piece was improvised from scratch. It was a particularly good session, and I can remember how I felt while I was playing. It was one of those rare moments where I felt fully in control of the guitar, but also, paradoxically, like an observer. Time felt different too -- I've heard about baseball players saying that it slows down as the ball comes over the plate -- it's sort of like that. There's plenty of time to consider the next move, the next notes -- nothing feels rushed.

I was playing my 1966 Gibson 330 hollow body guitar with some light amplification. You can hear both the amp and the guitar itself in the track. The recording was made with a stereo mike and a minidisc recorder that was, unfortunately, behaving badly. I wasn't aware of it at the time, and I might not have been bothered if I knew it was on the fritz anyway. The recordings weren't for anything other than my own betterment. But since I'll overlook almost any technical issue to release a piece of music if I think it has something special to offer, and you never know what you're going to get, I've tried to be more careful about off-the-cuff recordings in the past couple years.

Despite the less-than-stellar original recording, Scott Hull got it to sound better than it ever has. "Strayhorn" was originally released on my Fresh Twigs album in 2008. - James Beaudreau