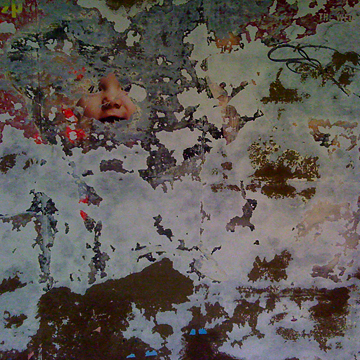 I have had the fortune of exchanging musical notions with James; we've spoken of stretching one's ear and being open to anything being called music.

'Wick' is the fourth track on James' 2008 album Fresh Twigs. (I have copy #10 out of 250). The track was initially called "Stern Fifths" on a pre-master disc James gave to me. This is a personal and intimate rendering with careful attention to detail played on an old Gibson 330.

"Wick" begins as a curiosity, like waking up [0:00-0:08]. But a dark foreboding feeling enters the picture [0:09- 0:20] prompting further investigation which develops into an exploratory amble. We take a detour into a momentary middle eastern flourish [0:40-0:49] then return to an amber mood [0:50-1:00], sliding up to a jazzy riff [1:01-1:13], followed by a classical figure [1:14-1:37]. The run at the end of the piece reminds me of a progressive rock riff [1:38-1:46]. There are nice runs between blocks of chords. At times medieval, at times jazzy and definitely a uniquely "James' presence. The rhythm of this piece is tricky; between the arpeggiated moments and the chord-to-chord moments, the runs in between chords, sliding moments and harmonics -- it's got it all!

The last harmonics, our payoff, are like a little joke but still not entirely devoid of something lurking beneath the surface. It's been said there's a grain of truth in every joke. I think James understands this in music. The amble, the stroll in this tune comes out of a dark woods and returns there, but by the end of the track we feel better for it and for the climb. The last progression towards triumph; we'll be okay! (Two harmonics at the very end say, or will we?)

James has provided us with a feast. There is a lot of information in "Wick" containing both form and function in a mere two minutes. I warbled and tried to play along to "Wick" as a means to orient myself but ultimately it's not necessary and since I'm not trained in music not fruitful. What we have is a condensed travel-log -- apprehensive at times and dark other times but joyous in the journey always.
--Philip Lynch