Back and to the Left by JFn'K 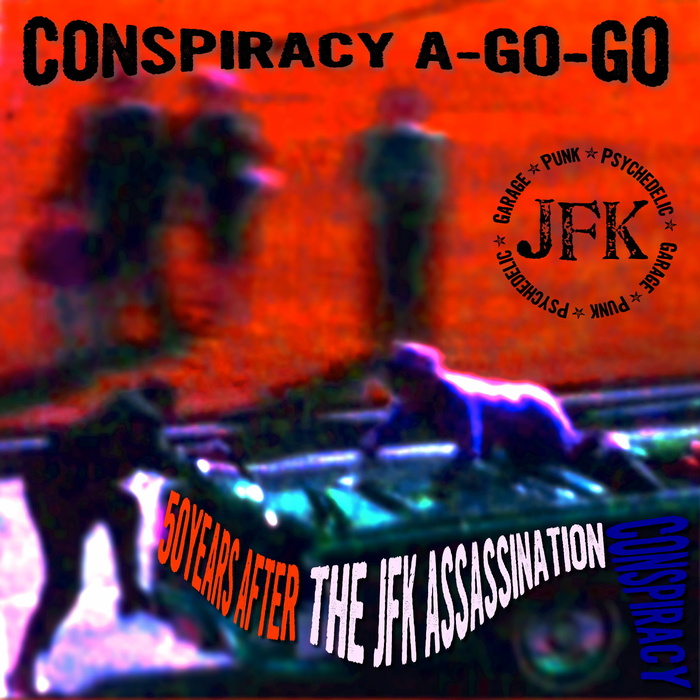 President John F. Kennedy was assassinated on November 22, 1963. That same day, Lee Harvey Oswald was arrested and accused of being the assassin. Oswald would never stand trial, however, as he was killed by Jack Ruby only two days later. Shortly after Lyndon Johnson assumed the presidency he established a bipartisan "blue ribbon" panel, the Warren Commission, to investigate the JFK assassination. After a lengthy investigation the Warren Commission concluded that Oswald had acted alone in the JFK assassination. Over the years, polls have consistently shown that a majority of Americans do not believe the Warren Commission's conclusions. Instead, most Americans believe that some sort of conspiracy led to JFK's assassination.

Over the years many songs that reference the JFK assassination have been written and recorded. I have compiled a list of these songs on the Turn Me On, Dead Man website. In doing that I got the idea to ask current garage, punk and psychedelic bands if they would like to contribute a track to a new compilation of JFK songs. Conspiracy A-Go-Go is the result. Several of these songs were previously unreleased and all but five of the tracks have been released since 2010. As the 50th anniversary of the JFK assassination approaches, it is clear that this event is still very much in the popular mind.

All tracks included here except for #4, which is available here on Bandcamp.

Conspiracy A-Go-Go is a release of Turn Me On, Dead Man Recordings, a division of the vast worldwide conglomerate TKG Analog/Digital, LLC.

Thanks to Andras Fekete, Chip Tennille, Shy DeGrace, Jeremy Otto, Ray Donato, -valis, and Kopper for their help along the way. Thanks also to all of the artists who contributed to this compilation. All of the material on this compilation is used with the permission of the artists through a Creative Commons License for non-commercial purposes. And thanks to the Military-Industrial Complex for making all this possible.

Back and to the Left by JFn'K is licensed under a Attribution-NonCommercial-NoDerivatives (aka Music Sharing) 3.0 International License.