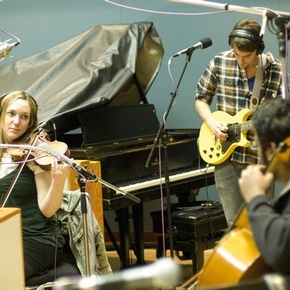 hey rosetta
» LOG IN TO TAG
WEB SITE:http://www.heyrosetta.com…
LOCATION:St. John's, Newfoundland
MEMBERS:
Based in St. John's, NL, the six-piece group is comprised of Tim Baker (vocals/piano/guitar), Adam Hogan (guitar), Josh Ward (bass), Phil Maloney (drums), Romesh Thavanathan (cello) and Erin Aurich (violin).
Recorded in the dead of winter in two East Coast harbour towns with producer and singer-songwriter Hawksley Workman, "Into Your Lungs" began with a beautiful naivety and confidence.  An "off the stage" feel and vigor reminiscent of the bands powerful live performances rooted the recording sessions and everything was bred from and expanded from there.  Conceptually, the new record is a shift from Tim's earlier compositions often written in isolation within his bedroom, to a new depth and space that comes from experiencing life on the road as a touring band.  The new record packs more grit while allowing the bands infectious energy and vulnerability to flow freely. 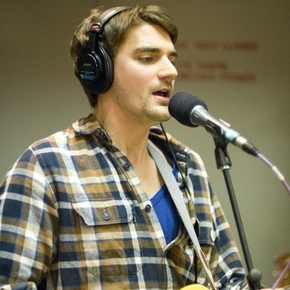