Half Japanese Live WFMU SXSW Showcase at Spiro's in Austin, TX on 3/14/2008 by Half Japanese 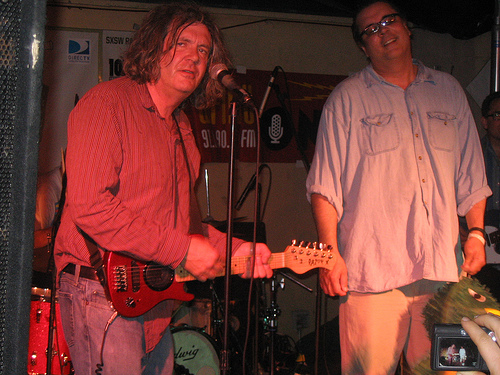 by Brian Turner via WFMU's Beware of the Blog!

I'll say right up front that having David Fair explain to me how he installed a Diet Pepsi fountain for his wedding guests (it went flat) was far more enlightening than any panel at SXSW could have been. When Half Japanese took the stage at Spiro's Friday night and blew into the first measures of "Firecracker", the whole of the crowd (which included entire bands of disciples like Times New Viking, Yo La Tengo, Psychedelic Horseshit) had smiles stretched ear to ear. And what a set it was. Not only did onlookers at WFMU's first ever showcase/broadcast in Austin get to see both Jad and David Fair onstage again, but they saw them in absolutely astounding mode. For over a half hour the group lurched through total classics: "Thing With a Hook", "Nicole Told Me", "I'll Change My Style" all the way through the burning impromptu finale of the 13th Floor Elevators' "You're Gonna Miss Me". What made the set extra special (besides Jad's spastic strumming on his red mini-electric axe and David's full on dance invocations of Timothy Carey ala World's Greatest Sinner) was the presence of a classic era lineup that included Mark Jickling, John Moreman, Rick and John Dreyfuss and extra 2nd sax from guest Ira Kaplan. Pure joy. I will say though, I was bummed a bit afterwards when Ira showed me the setlist and the tunes that got cut due to time constraints, but happy to say I caught a bunch of them the next day at Half Jap's Waterloo Records in-store. More SXSW archives, photos, and video to come, but let's drop a pile of MP3s right off the bat from the Band Who Would Be King (sorry though, we have to cut the Roky cover!). Thanks to WFMU Free Music Archivist Jason for the slice and dice. 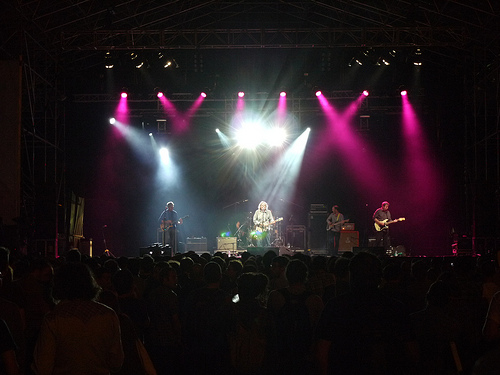 Half Japanese Live WFMU SXSW Showcase at Spiro's in Austin, TX on 3/14/2008 by Half Japanese is licensed under a Attribution-NonCommercial-ShareAlike 3.0 International License.
So far 0 comments about this album. Add your 10 cents!