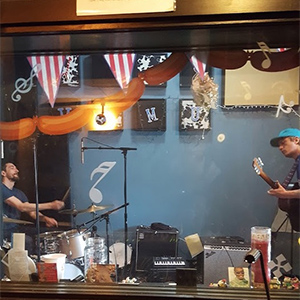 In late 2017, guitarist Steve Gunn and percussionist John Truscinski released Bay Head, their third collaboration together as the Gunn-Truscinski Duo. Like their two previous releases on Three Lobed Recordings, their latest album mixes Eastern modalities, a touch of psychedelia, and a grounding in roots music to produce a highly individual instrumental sound that's equal parts fiery and meditative.

They supported the album with only a handful of live appearances – fortunately including this exclusive live session for Surface Noise with Joe McGasko recorded on 4/4/18 and broadcast on 4/16/18.