I'm Stone In Love With You by Gefilte Fist 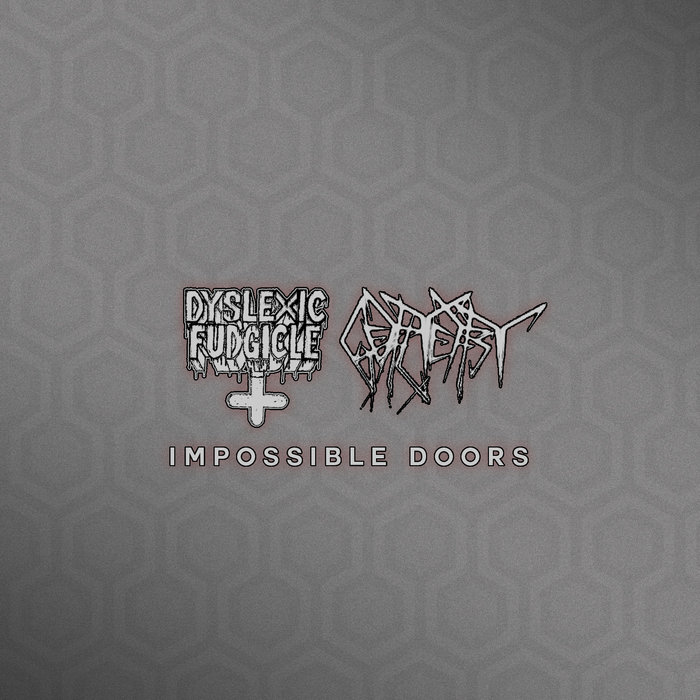 "Garbage!" is what some people might refer to this split EP as, which features two of the East Coast's most revulsed experimental bands. Over an hour of sounds, defying any one genre.

DYSLEXIC FUDGICLE is an experimental metal band originally from Massachusetts. As of 2016, two of the original members have reunited on the East Coast (Massachusetts and Rhode Island), and are now joined by drummer, Grond, and production assistant The Hardest Core. They were also briefly joined by bathtub-dweller, King Divitt the Luscious and Kazhlar the Blue, former lead guitarist for The Freeze. "D.F." have been making music for 14 years now, but they claim to have been around since the Civil War. They are best known for their stage shows, which involves hurling cheeseburgers into the crowd.

GEFILTE FIST refer to themselves as "worthless musical garbage that only weirdos like." Hailing from Tampa, Florida, Gefilte Fist has been creating "complex compositions, and diverse lyrical motifs drawing heavily on science fiction, gravy, bacon, sausage, stupidity and philosophy" since 2004. This two-man act are known for their humorous, genre-bending sound and innovative use of samples. "I guess." They are believed to be the world record holders for having the "Most Songs About Sausage."

DF's side produced in part by Samuel Willgoose at Murderbox Studio, Boston MA and in part by Dyslexic Fudgicle in the cities of Sandwich MA, Pawtucket RI, San Francisco CA & Austin TX.

Lead guitar on Olneyfish & Planet Hitler by Kazhlar the Blue

Additional guitar and arrangement on "50.SHA(I)D3S" by D. Math

Lead Guitar on 'BTS by King Divitt the Luscious

To hear more, go to www.gefiltefist.com

» VIEW ALL“I'm Stone In Love With You” Fans

I'm Stone In Love With You by Gefilte Fist is licensed under a Creative Commons Attribution-NonCommercial-NoDerivatives 4.0 License.