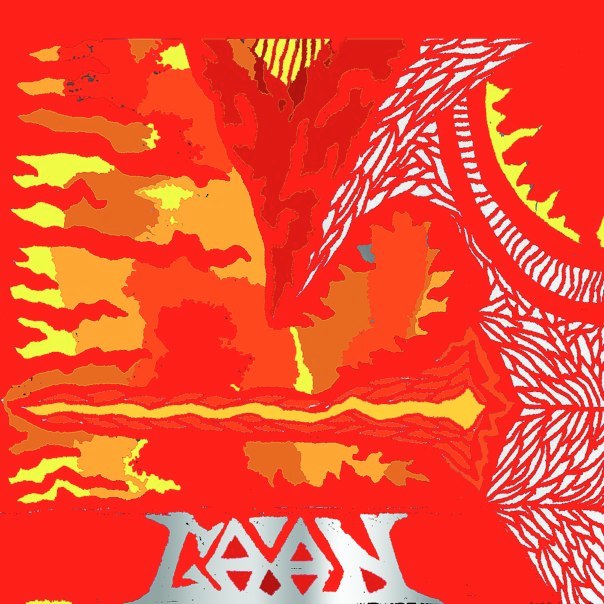 The self-titled cassette by Ga’an gets a proper digital release. This is the first Records On Ribs offering from across the pond, and yet it holds sounds from beyond this realm. Taking cues from the operatic minimalist/maximalist style of prime-Magma and Italo-horror soundtracks, Ga’an distill these influences into a sound that is their own, retro, but never retrogressive. The music is driven by throbbing bass and pounding drums, while the empyreal vocals are underpinned by synths pitched somewhere between Popol Vuh’s mellotronic Aguirre soundtrack and Fabio Frizzi’s horror choruses for Lucio Fulci’s surrealistic Lovecraftian films.

Opener ‘Chasmaeon’ starts off like a funeral march, but by this track’s close, it is clear that these are songs for celestial mass, not mourning. ‘Living Tribunal’ layers gothic atmospherics before extending repeated vocal incantations and hypnotic bass while the drums and keys build towards cacophony. All this, and we are only two tracks in, but Ga’an is never exhausting like other prog albums can be – perfect for taking in in a full, trance-inducing sitting.

Chasmaeon by Ga'an is licensed under a Attribution-NonCommercial-ShareAlike 3.0 International License.