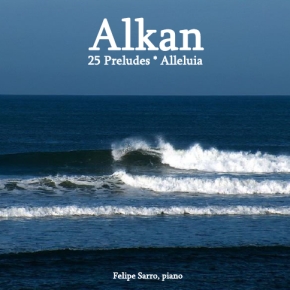 Alkan, one of the greatest virtuoso pianists of his day, was a friend and contemporary of Franz Liszt and Frédéric Chopin. He was a child prodigy, entering the Paris Conservatoire at the age of six. Alkan was a favorite of his teacher, Joseph Zimmermann, who also taught fellow composers Georges Bizet, César Franck, Charles Gounod, and Ambroise Thomas. In his twenties, Alkan was a famous virtuoso and teacher in elegant social circles. Liszt once stated that Alkan had the finest piano technique of anyone he knew. This Romantic composer was a luminary of his time.