2003 summer mixtape Side B by Fat Worm of Error 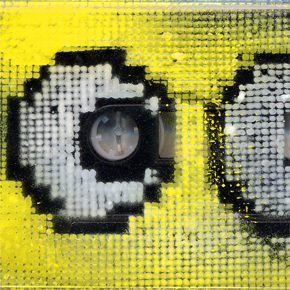 originally released on Cassette by Yeay! Tapes.  2003. a kinky continuous loop of this band in their most defribulated and deconstructed - a few songs & a wealth of treatments of 4 track fragments, digital scrubbery, tape collage, & improvisational mishaps. original package was a 2 color spray-paint stencil of the paranoid googly-eyed motif. songs that pop up in early versions are, in order:  Useless Child, Red Hawks, Popcorn, 20'x20', & Six Foot Squid.

2003 summer mixtape Side B by Fat Worm of Error is licensed under a Attribution-Noncommercial-Share Alike 3.0 United States License.