i dont know what i want by Dememphis 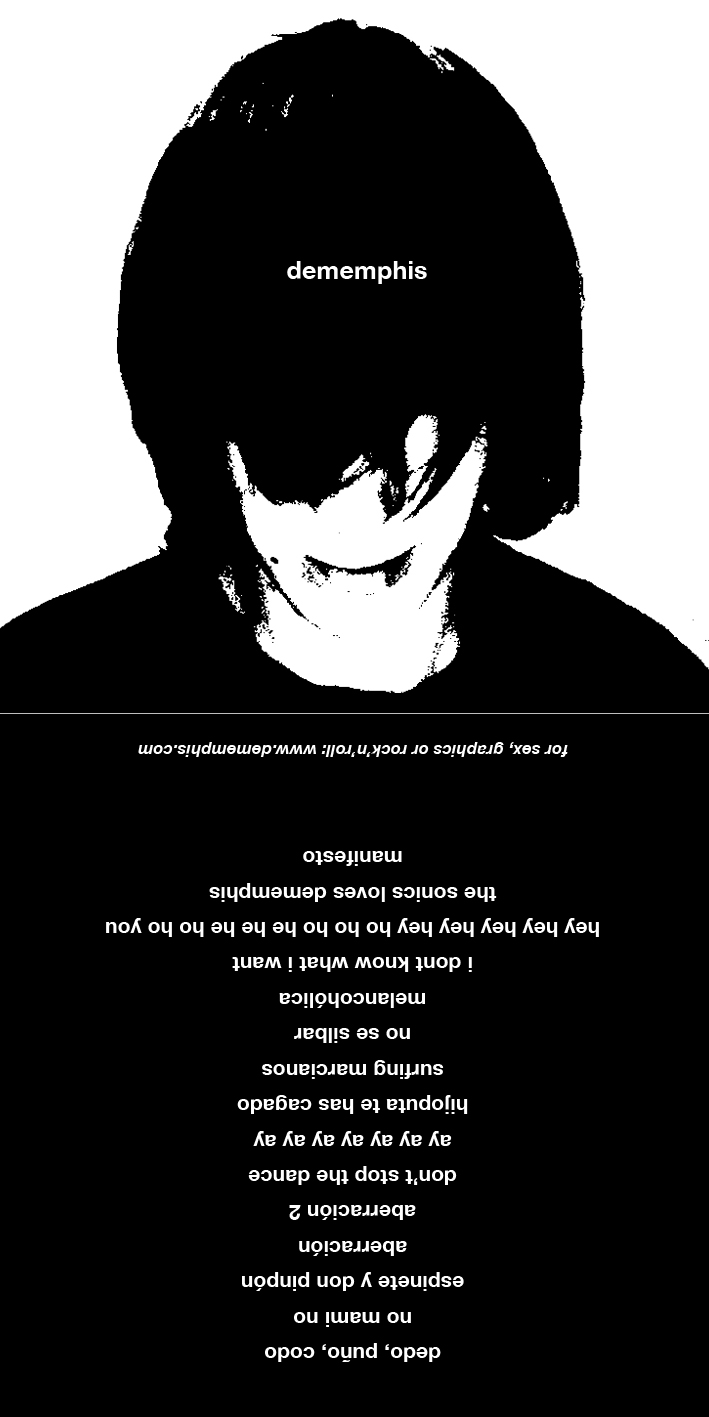 The word dememphis is usually considered a vulgarity and profanity. As a noun it refers to fecal matter (excrement) and as a verb it means to defecate or defecate in; in the plural it means diarrhea. As a slang term, it has many meanings, including: nonsense, foolishness, something of little value or quality, trivial and usually boastful or inaccurate talk, or a contemptible person. To dememphis, in slang, is to talk nonsense, or to attempt to deceive[citation needed]. It may also be used as an expression of annoyance or surprise.

i dont know what i want by Dememphis is licensed under a Creative Commons Attribution-NonCommercial-NoDerivatives 4.0 License.