You came this way: Home > Death of Samantha > Live on WFMU from Beerlan… > Bed of Fire


Bed of Fire by Death of Samantha 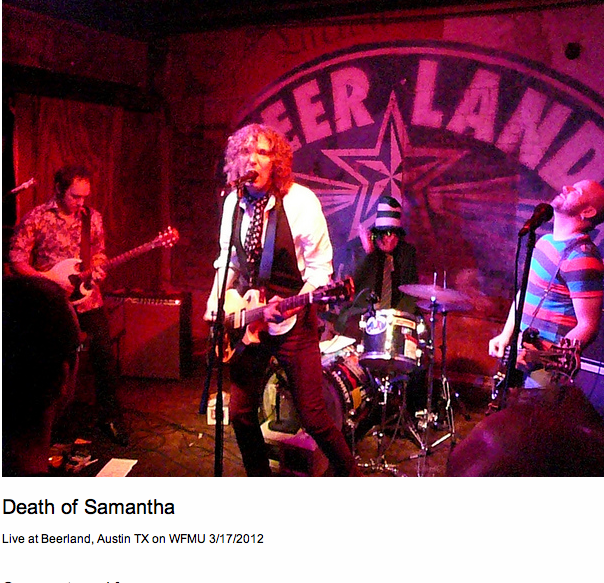 Full on reunion show by Cleveland post-punk/indie godfather legends! DoS tore through the late 80's early 90s and gave birth to Cobra Verde (which included members John Petkovic and Doug Gillard, who also spent time in Guided By Voices); Petkovic also was a member of Sweet Apple with J Mascis, Gillard made records with the great Gem, solo, and nowadays plays in Bambi Kino and Nada Surf. Drummer Steve-O was an Elvis impersonator in Memphis for a while.

Bed of Fire by Death of Samantha is licensed under a Attribution-Noncommercial-No Derivative Works 3.0 United States License.