You came this way: Home > Clorofila Azul > Revisitado (com Voz) > We have nothing to fear


We have nothing to fear by Clorofila Azul 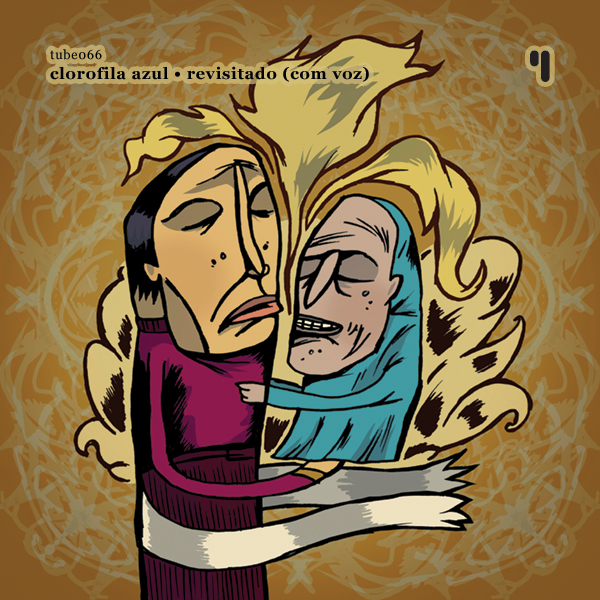 "Clorofila Azul is Hugo Santos, a talented multimedia artist from Porto with a major degree in Painting and a couple of minor ones in design, acting and several other stuff among the Arts. This release is the first of a two volume set to be released at test tube. This first one covers some of the best works Hugo has done using voice sampling and/or singing himself over, and the second volume will cover his instrumental works. Both volumes are the result of a personal selection (mine and Hugo's) taken from more than sixty tracks worth of CD's he recorded from 2000 to 2004.It is fair to say that Clorofila Azul's early works were strongly influenced by late nineties IDM. The use of ambient textures and sincopated/truncated beats in 'Revisitado' two volume set reveals it clearly. But we can also discover other curious things from listening to this collection. Hugo expresses himself in two major styles: Sampling based work, mostly comical/funny use of radio recorded samples over repeated fat IDM beats, like in 'Optimismos na Europa', 'Agostinho' and 'Ocorreram dois Acidentes'. These tracks use portuguese voice samples; The other major style is a more introspective, emotional one: Hugo slows down the Bpms, adds some textured keyboard and soft bass lines and sings in english/portuguese about broken hearts and lost lovers, like in 'I love your soft skin under the moonlight', 'One night stand' or 'If you could only love me'.The two different approaches together make up for an interesting trip into the human side of Clorofila Azul (portuguese for Blue Chlorophyll)."

» VIEW ALL“We have nothing to fear” Fans

We have nothing to fear by Clorofila Azul is licensed under a Attribution-NonCommercial-NoDerivatives (aka Music Sharing) 3.0 International License.
Based on a work at http://testtube.monocromatica.com/releases/tube066.htm