You came this way: Home > Mahorka > Captive Portal > In The Air (The Remixes) > Пееща телеграма (Yantra Bottom Mix b… 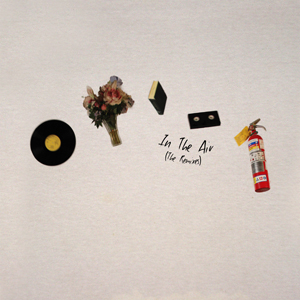 "Just as in the first Netlabel Day ever (2015) Mahorka is participating in the second Netlabel Day (2016) with a very special release of reworked and exclusive tracks from a very special project. This time the original works come from Captive Portal (Zach Bridier)'s debut EP "Throwing" and his follow-up "Catching", both on Mahorka. "In The Air (The Remixes)" was in the works for a period of more than this one year from the last 14th of July and, as the album title suggests, manages to fill all the space and time in between and around "Throwing" and "Catching", featuring reworks from dear Mahorka regulars, Captive Portal collaborators and invited artists, including Fire To The Stars, the band that we reworked last year, and also Zach on its own, delivering the awesome intro and outro tracks of the album - a live remix of his "Magic Bubbles Underwater" and the brand new track "In The Air"." - Mahorka