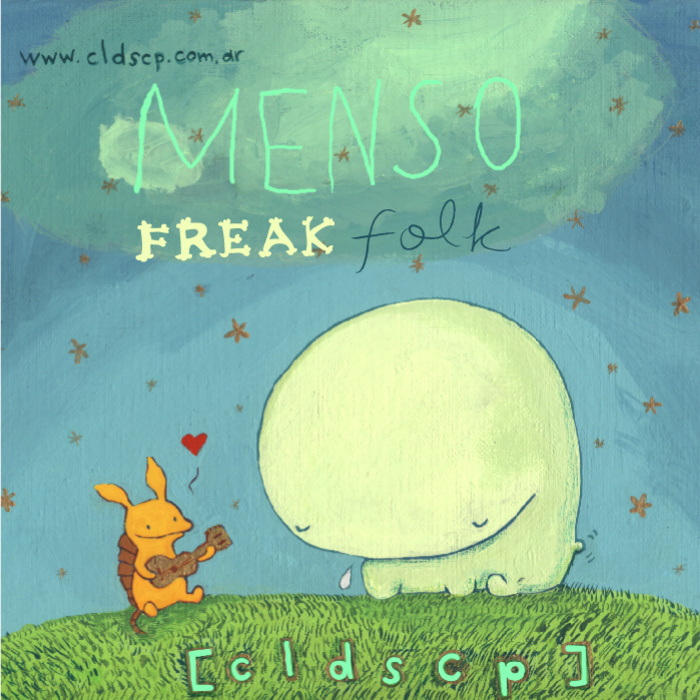 " Menso Freakfolk is a child album for grown ups. Songs are simple tow parts style with sticky choruses.
We remember the Apollo 13 movie, the scene where, to survive, they have to build a carbon deixodo filter with only a few elemtens they carry on shipboard. So we apply the same idea.
Took some toys, a charango (native string sintrument) and lets see what happends. The composing and the recording took us 3 weeks and it was all homemade.
The musical idea of using toys and beatboxing in songs was already invented, you can found it in lot of albums, but it is probably the first one in spanish and in our country for sure.
Lyrics are about love, to girls and boys, fucked up love and situations involving love.
After the record was over we contact our friend Nobara Hayakawa to make the artwork. She came up with the idea of cool Menso whale (?) (menso means dummy/silly) with his littel mulita firend (mulita is the animal with which they built the body of the charango) playing his charango and singing.
So thats it, enjoy ! "

Phone call by CLDSCP is licensed under a Attribution-NonCommercial-NoDerivatives (aka Music Sharing) 3.0 International License.