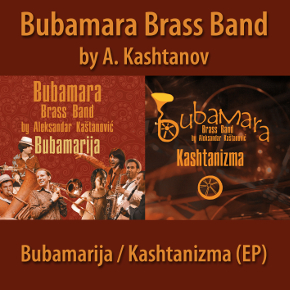 The new wave of interest to the Balkan music in world scales has been provoked by launch of the well-known Yugoslavian director of Emir Kusturica. Hasn't avoided its influences and Russia where among the other structures which have addressed to a musical heritage of the Balkans, the Moscow orchestra «Bubamara Brass Band» maestro Alexander Kashtanova is brightly allocated.

This orchestra possesses tremendous positive power which, apparently, should be the integral attribute of the Balkan music, but is far not at each foreign collective it turns out such shaking and positive. «Bubamara Brass Band» – a pleasant exception.