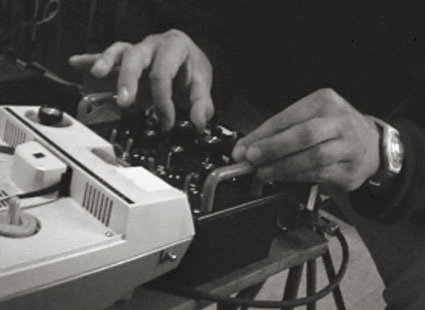 with the co-operation of Ekskubalauron Press 2006

‘The only reason you know this is because it is well-documented.’

This album has been made entirely from samples taken from the Midnight Crossroads Tape Recorder Blues album, which I made with Ralf Wehowsky for A Bruit Secret. Like that album it is a tribute to the spirit of the blues, viewed through a prism of 21st century cultural criticism. It evokes an earlier era when the relationship between a performer and a song arose out of a community, not a property relation. In appropriating my own material I have short-circuited the prevailing ethos of piracy and bricolage, and returned in a sense, to my self. Despite being made in New Zealand, and using some recordings from the Rhineland, the two places that are really central to this album are the Mississippi Delta and the island of Jamaica.