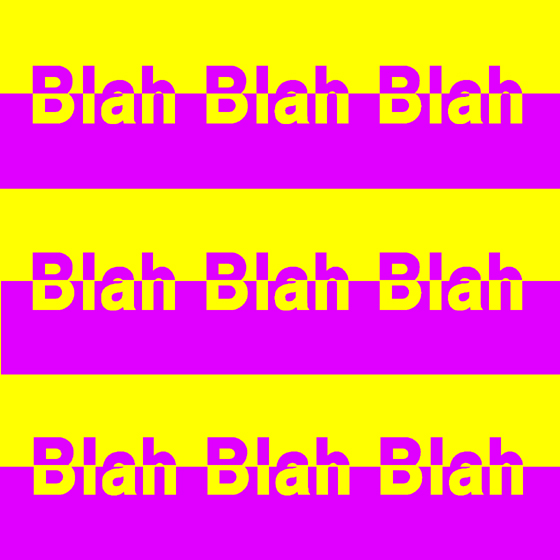 What's this? One lion, two moles, two zoo keepers, improvised music, no rhythm? Can I take it, this excercise in free thinking? The grunting vocals, the vibrating rubber bands and noise of someone banging on the ceiling. Amusing digs at the modern warrior accompanied by electronic squonks and bips. They consist of one womble two cats and two traffic wardens and specialise in lurching blahism (hyperbolic and frothy sounds) and can be observed on stage dressed as shakespearian actors making unwelcome, ugly noises to the chagrin of many. An eccentric band of experimental musicians with a bizarre brand of rock disguised by weird noises. The worst jazz cords ever invented, excruciating tones  through various noise devices may bring chortles of laughter from the loopy denizens on the extreme arts fringe.

Jaywick jazz? I wouldn't play this to my dog. Dressing up as rocks Blah Blah Blah  are without doubt the weirdest bunch you could ever meet. Manes of electronic gadgetry with wind machines, this is an experience in pop - creepy then crawly examples of the emaciated psychedelic or psychic escapist elements of post-punk music.In this Stripey Collection you also get Hands Beckoning, Central Park (from the Some Bizarre Album) and Travelling Transcontinental.So if you are in the hotel and its tropical holiday time do the rum rhumba until your feet meet.