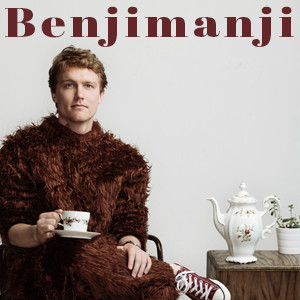 The quirky genius of indie-pop songwriter Benjimanji was a gift he almost took for granted. Thankfully, close friends gave him the encouragement he needed to live up to his teen wunderkind talents. Benjimanji began as a bedroom indie rocker, recording lo-fi gems in his parent’s house as he attended the local university. While in school he scored an internship with the Air Force and found a handful of underground musical foils amongst a structured and bureaucratic environment.  One key ally has been sound engineer John Cody who encouraged Benjimanji to nurture his nascent talents through helping with the recording process.

The End by Benjimanji is licensed under a Attribution License.