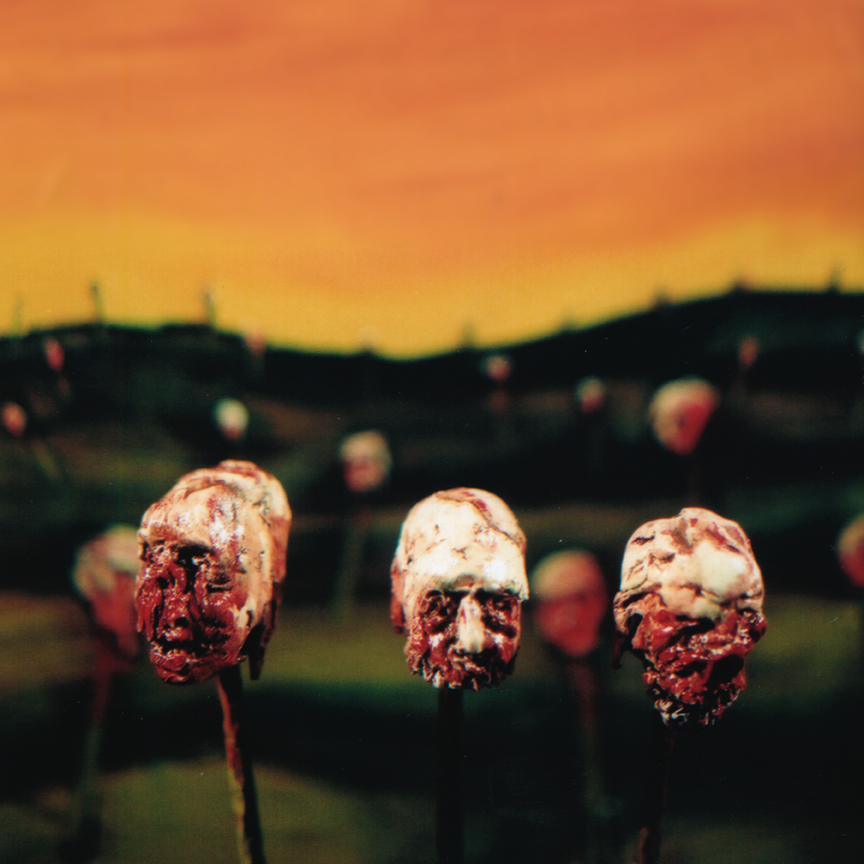 "This "very limited release" is a collection of five songs, featuring one track from each year of this collaboration featuring Sanford Parker (Buried at Sea and producer of Pelican, Rwake) and Velcro Lewis and Bill Roe (Velcro Lewis and His 100 Proof Band), with a cast of other Chicago veterans. Dualing distorted basses, titanically resonant drums, and layers of demonic crooning paint an apocalyptic landscape where the stench of Godflesh, charring in a distant Buzzoven, fills the air. The production is wholly Sanford's trademark warm, analog sound and the tracks are surprisingly coherent in feel and production given the span of time across which these were recorded. These songs are absolutely a trip down a dark, dark path. Before you see the light you must die, and the catharsis of becoming the living corpse begins with the noises of overdriven Hell downloading into your pathetic mortal brain until you are at last revived by the feeling of carnivorous seabirds peacefully pecking at your zombie brain."
-kokojones, StonerRock.com