You came this way: Home > Okkulth Records > AmortE > Under the Pall I Smell th… > Drowned Lady, Queen Of Maggots 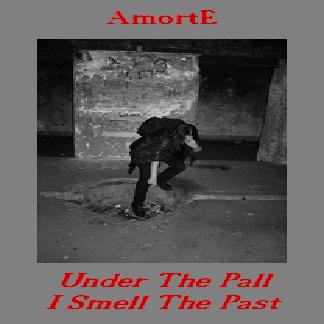 Amazed we were by the Hekte Zaren / Norss split on Norss Platen called Hellemond! What were we hearing here? The new Diamanda Galas?! That’s as close a description we could come up with. AmortE is the alter ego of Hekte Zaren and this is her first release on Okkulth Records. The second one is coming soon and something tells us, there will be a third, maybe a fourth, hell, why not a fifth?! AmortE is a hellish poet, the tongue of evil, death’s singer. AmortE sees the grotesque of life, because death has a sense of humour. Cruel, but exciting. AmortE looks for drops of suffering in humans. She collects them. Drops of powerless prayers for hope. AmortE knows that there is no hope. All the drops will be stored into the source of all blackness, becoming the river of evil...

These tracks were selected by AmortE herself from her very expansive recordings. Be amazed by the sub-angelic voice of hell! Amen!

Drowned Lady, Queen Of Maggots by AmortE is licensed under a Attribution 3.0 Netherlands License.